Creating Wealth One Small Deal at a Time

According to US statistics over 1,000,000 Americans filed for bankruptcy last year. Over 85% could have been prevented if they had just $300 more per month. Would you like to know how to turn $200 into $2,000 in less than 2 hours worth of total work? The secrets and strategies John share are unique and priceless. He has simplified processes that can be very complicated. The small deals he has done over the last 25 years you will learn in a very easy to understand format.Get your copy now!

Praise for John’s book, Secrets of a Deal’ionaire:

I had no idea what I would find when I opened the attachment for your [John’s] book. As I read, I kept thinking, John you are giving away some great secrets. Then I thought, the man knows what he is talking about, he has lived it. He should share it.

There is wealth in [his] thoughts and suggestions but also in the realization that one can trust the advice. The reader cannot escape the conclusion the author knows his subject matter.

[He is] my most enterprising client by developing a business out of the taxation of real property. I thought the government was the only one to make money out of taxes! I was impressed.

John sets the path to success with one step at a time. The small deals that John can help you acquire can add up to a huge portfolio. John is definitely on the cuttingedge of real estate investing.

I have known John Lee, “The Deal’ionaire” for many years and I have always been amazed at how simple he makes inexpensive real estate purchases into a wonderful stream of income. His method works so well that people actually give him properties. I said that Correct!! They give him properties! I would recommend “The Deal’ionaire OTC System” of generating wealth through tax delinquent properties property acquisition as a way to generously supplement your income or make it your sole source of income. He has been one of the most popular interviewee’s on This Week in Real Estate with Terry Hall and I always look forward to his visits. He’s the REAL DEAL! 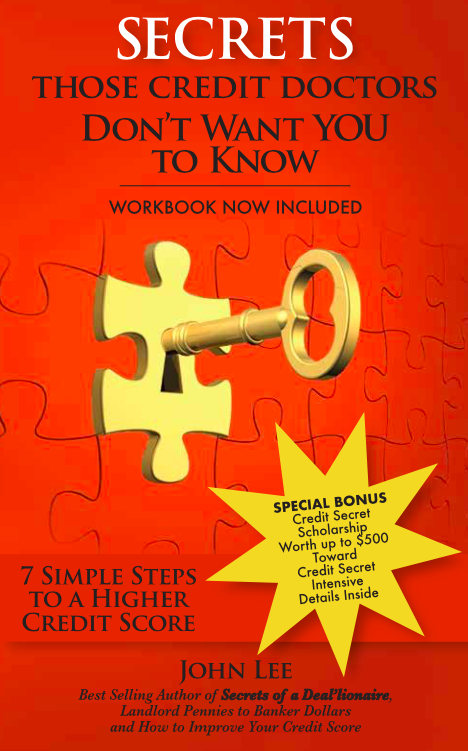 This book contains the truth that Those Credit Doctors try to shroud-in-mystery. If You want to increase Your credit score, have been denied credit, have impaired or no credit, then this is for You! You will know as much as Those Credit Doctors - Very Easily and You will save hundreds and thousands of dollars for the rest of Your life! 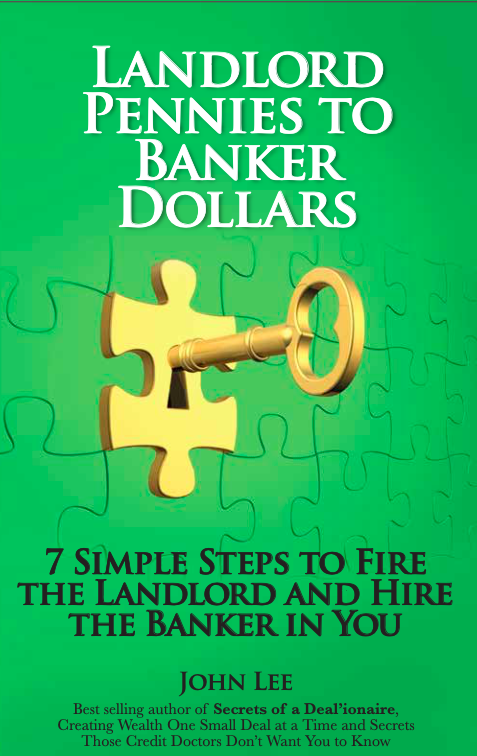 The Myth - Being a Landlord is great with all that easy, passive income.

The Truth - Bankers collect easily and Don't deal with Toilets, Trash or Tenants.

Lee reveals cutting edge strategies in his new book showing you how to reduce stress and increase your bottom line exponentially by turning your Landlord Pennies into Banker Dollars.